Millennials Jump into the Mortgage Market 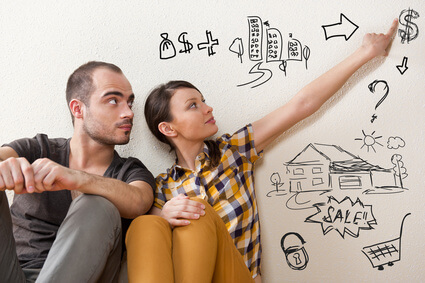 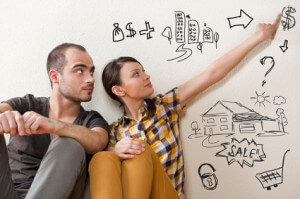 There is a widely believed notion that Millennials, the 76 million young people reaching adulthood around the turn of the 21st century, just aren’t very interested in buying a house. Instead, the story goes, they want to rent a cool apartment, live in a city, and walk to coffee shops. Forever.

Fortunately for the housing market, that long held belief simply isn’t true. In fact, there’s some evidence that home ownership is more important to millennials than it is to Gen Xers or boomers.

Waiting Longer to Say “I Do”

So if young adults want homes more than previous generations, why is their homeownership rate at a historic low? The answer is that millennials are getting married later in life, and not having two income streams makes it much harder to scratch together a down payment.

From 1960 to 2011, Americans’ median age at the time of their first marriage increased by six years, to around 29 from 23 for men and 26 from 20 for women, according to Census data. Then came the financial crisis, which pushed marriage back even further by making financial stability—a marital prerequisite for many— a rarity among recent college graduates.

Recent statistics have shown that young couples and singles in their late 20s and early 30s have begun making a strong push into the home buying market, and according to Redfin, first-time buyers accounted for 57% of home tours conducted by its agents last month – the highest rate in years.

Tired of renting, sharing with roommates and not having a place of their own, the numbers are finally making sense for young people to purchase a home.

Pushed by low mortgage rates, the cut in FHA mortgage insurance premiums, government efforts to ease credit requirements, and frustrations at having to pay rising rents, Millennials are finally sticking a toe in the water.

The Campbell/Inside Mortgage Finance HousingPulse Tracking Survey, which monthly polls 2,000 realty agents nationwide, reported that first-time buyer activity has started to increase much earlier than is typical seasonally. First-timers accounted for 36.3% of home purchases in December, according to the survey.

In a recent Zillow survey, nearly half of millennial renters aged 25-34, however, say they do expect to purchase a home in the next three years.

“Our economists believe that 2015 will be an important year for first-time homebuyers, as Millennials who have delayed home ownership overtake Generation X as the largest generational group of homebuyers,” according to the Zillow report.

If you’re tired of renting and looking to own, there has never been a better time to buy. Contact me today for a free, no obligation mortgage evaluation. I’m here to help.

How Mortgage Rates Are Determined END_OF_DOCUMENT_TOKEN_TO_BE_REPLACED