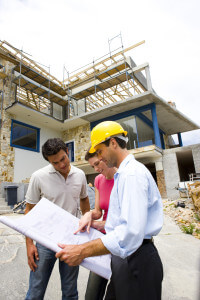 Since early summer, builders in many markets across the nation have been reporting that buyer interest and traffic have picked up, which is a positive sign that the housing market is moving in the right direction,” said NAHB Chairman.

New Sign of Weak Inflation Gives Fed More Room to Maneuver Consumer prices fell 0.2% in August, their first decline in over a year. Subdued price increases have allowed Fed officials, who conclude two days of meetings today, to keep interest rates at record lows even as they plan to end their unprecedented monthly asset purchase program in October.

Jobless Claims Fall 36,000 in Latest Week. Applications for Unemployment Benefits Drop to Near Postrecession Lows. The four-week moving average of claims, which smooths out weekly volatility, was down 4,750 to 299,500. Continuing claims fell by 63,000 to 2,429,000 for the week ended Sept. 6.

This information was obtained by a third party and is intended for informational and educational purposes. Although the material is deemed to be accurate and reliable, we do not make any representations as to its accuracy or completeness as a result, there is not guarantee it is not without errors.
068i0000001K9XV

How Mortgage Rates Are Determined END_OF_DOCUMENT_TOKEN_TO_BE_REPLACED