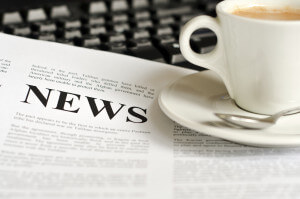 Zillow, the biggest U.S. real estate website, has seen its market value skyrocket. This announcement was made the day before the reported talk of a deal with their rival Trulia. This shift underscores the ever increasing role of the internet in the home purchase process, as buyers start to look for homes and mortgages online and rely less on real estate agents.

Fed Boosts View of Economy. The Federal Reserve said it would scale back its bond purchases to $25 billion monthly and delivered a modestly more upbeat assessment of inflation, jobs and the economy, hours after a stronger-than-expected U.S. growth report.

S&P/Case-Shiller 20 City home price index rises 9.3% in May “Home prices rose at their slowest pace since February of last year,” says David M. Blitzer, Chairman of the Index Committee at S&P Dow Jones Indices. “Housing has been turning in mixed economic numbers in the last few months. At the same time, the broader economy and especially employment are showing larger improvements and substantial gains.”

The Conference Board Consumer Confidence Index® Improves Again. “Consumer confidence increased for the third consecutive month and is now at its highest level since October 2007 (95.2). Strong job growth helped boost consumers’ assessment of current conditions, while brighter short-term outlooks for the economy and jobs, and to a lesser extent personal income, drove the gain in expectations. Recent improvements in consumer confidence, in particular expectations, suggest the recent strengthening in growth is likely to continue into the second half of this year.”

Job creation tops 200,000 for the 6th straight month. Overall, this is a good-but-not-great report, though the jobs landscape is nevertheless steadily improving. All told, over the last 12 months, the U.S. economy has added over 2.57 million jobs overall and 2.48 million in the private sector. What’s more, July was the 53rd consecutive month in which we’ve seen private-sector job growth – the longest on record.

This information was obtained by a third party and is intended for informational and educational purposes. Although the material is deemed to be accurate and reliable, we do not make any representations as to its accuracy or completeness as a result, there is not guarantee it is not without errors.

How Mortgage Rates Are Determined END_OF_DOCUMENT_TOKEN_TO_BE_REPLACED