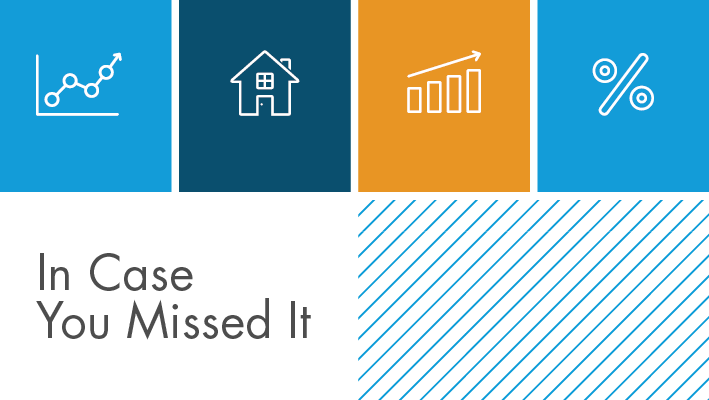 In case you missed some of the recent housing news, we’ve got you covered!

Equifax announced a major breach in their security. Here’s what you need to know:

Freddie Mac and Fannie Mae announced last year that their Home Affordable Refinance Program (HARP) would last through 2018 and would be replaced once expired.

A new bill, known as the TRID Improvement Act of 2017, is being considered by the House.

How Mortgage Rates Are Determined END_OF_DOCUMENT_TOKEN_TO_BE_REPLACED