10 Most Affordable Places to Live in Illinois 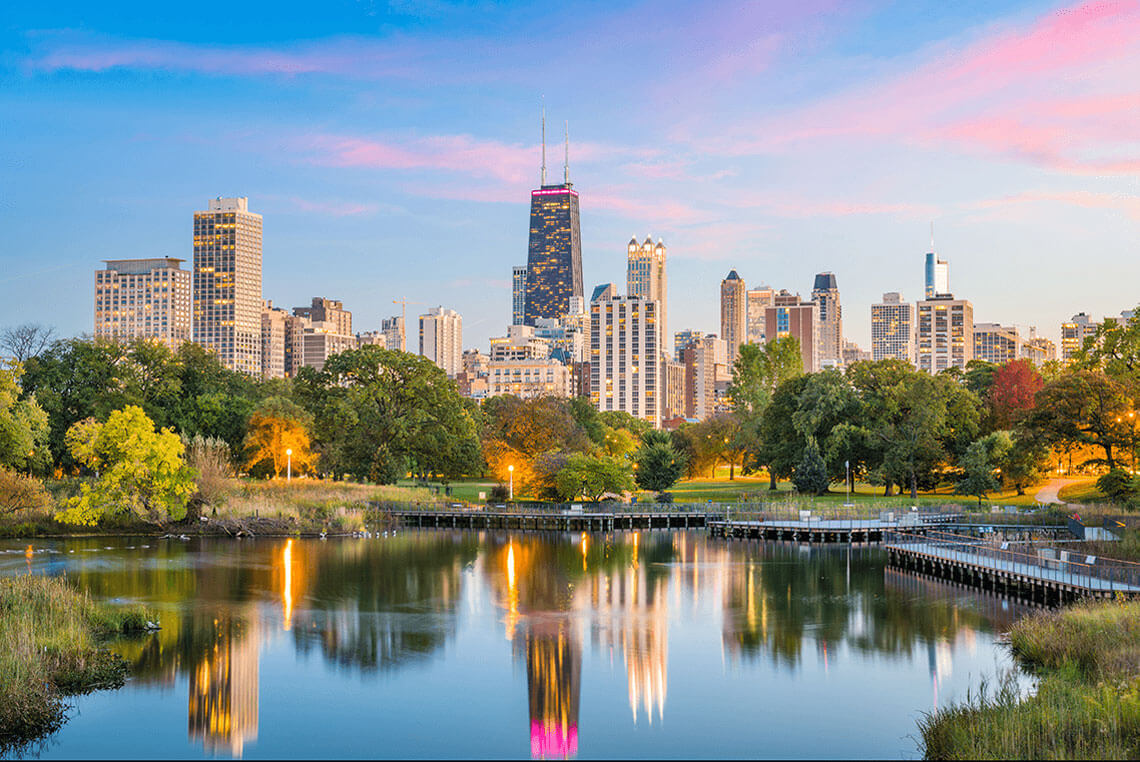 Using Census and Zillow Data, as well as AreaVibes Livability scores, we’ve put together this independent study to find you the best, most affordable places to live in Illinois. Most locations on this list feature homes below $100k. Some are even next to major cities with a higher cost of living like Chicago and East St. Louis! If you are considering a move to the Prairie State, read on to see your best, budget-friendly options! 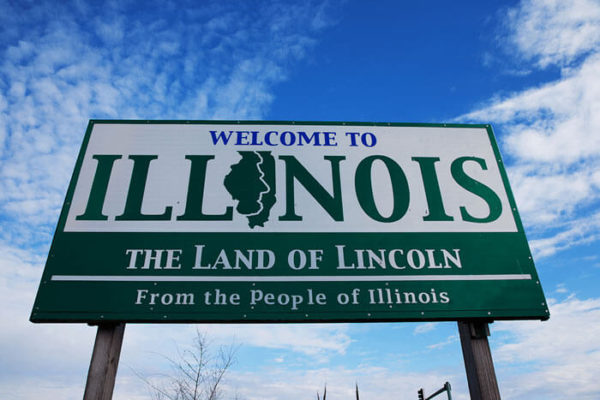 Hoopeston is one of the most inexpensive places to live in Illinois. With a population of around only 5,000 people and an average housing cost of $50k, you can expect a small-town vibe. The town began as a way station at the intersection of two railroads, and from 1871, the small town revolved around the lively downtown area. Recently, Hoopeston has become more of a retirement community, but it continues to evolve. Some of the largest employers in the city are health centers, nursing homes, and school districts. It’s one of the quieter Chicago suburbs, so if that’s what you’re looking for, this might be the right place for you!

Freeport is a bit bigger at 24,000, with an average home cost of $69k. The city is located in Stephenson county, and the two frequently partner on various projects. The town was founded in 1827 by German settlers from Pennsylvania. Freeport offers multiple shopping choices and an active nightlife, but perhaps one of the most famous attractions is The Great Baseball Tour. Freeport’s economy continues to grow, with significant drivers being construction, finance, and health care, making it one of the best places to live in the Midwest.

Wood River is part of the River Bends region and has a population of 10,000. With an average home cost of $84k, Wood River is also one of the few cities on this list to offer Home Buying Programs. Although it is only 15 miles away from downtown St. Louis, there is plenty to do in the surrounding area. Wildey Theatre and Haskell Playhouse offer regular showings, and for outdoor enthusiasts, the beautiful hikes like Nickle Plate Trail will provide plenty of entertainment. Top industries for the Wood River area are retail and manufacturing, as well as healthcare. 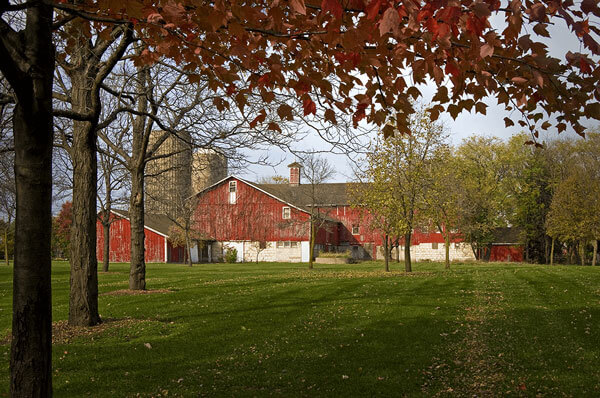 Granite City is relatively small, with a total population of 30,000, and the average home will cost you $71k. Founded in 1896, Granite City experienced early growth due to its ideal location relative to the Mississippi River. The area residents can enjoy various outdoor activities, including Horse Shoe Lake State Park and Dirt Racing. While unemployment is higher than the national average, living costs are much lower than in Chicago.

Home of Eastern Illinois University, the average cost of housing in Charleston is $95k, with a population of 20,000. The city offers a host of attractions for residents interested in history, including a handful of historic sites located throughout the community. For art lovers, the Charleston Alley Theatre will provide some entertainment. This small college town offers a little of everything. Charleston could also be a great place to put down roots because of essential industries being educational services, health care, and social services.

With only 7,000 residents, Clinton sits almost 30 minutes north of Decatur, a major city in Illinois. This small town has a unique charm, and being so close to Decatur, Clinton is the right choice for someone looking to escape the big city but still occasionally enjoy the nightlife. The average cost of a home in Clinton is $94k. In Clinton, manufacturing and healthcare provide the most jobs. Nearby Decatur provides access to bars and clubs, while Clinton offers some historical attractions such as the Dewitt County Museum.

Only two hours outside of Chicago, Mendota is another smaller town with 7,000 residents. The homes in the area average at $91k and the small affordable city supplies plenty of amenities to its growing residency. The local Chamber of Commerce helps sponsor events throughout the year, but Mendota also has some year-round attractions and museums. Agriculture, construction, and education provide some opportunities in Mendota, but as with other areas of Illinois, manufacturing and health care offer a majority of the jobs.

With one of the highest livability scores on this list, according to AreaVibes, Dixon is one of the safest places to live near Chicago. If you’re looking for a town just outside the city that still gives you access to the nightlife, Dixon might be the right city for you. Industry staples for Dixon are Retail and Manufacturing, but with Chicago only an hour away, some commuting is possible. With nearly 15,000 residents and affordable housing with prices under $80k, Dixon could be the best place to live near Chicago.

Abraham Lincoln’s hometown, Springfield, has an average home price of $115k. Springfield has a slightly higher cost of living than other Chicago suburbs, but that’s to be expected for Illinois’ state capital. This significant city also boasts a lower unemployment rate than the rest of the state, with local universities and hospitals providing many jobs to the area. Plus, Springfield is also home to the largest theme park in Illinois called the Knight’s Action Park and Caribbean Adventure! 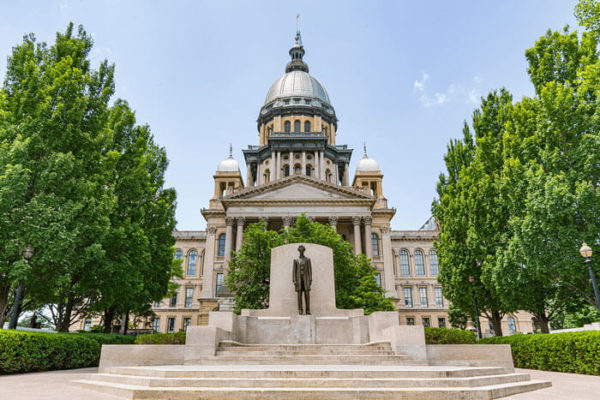 DeKalb is another city only an hour away from Chicago. Home to Northern Illinois University, the average cost of a house is $160k. The population is 43,000 with a lot of students due to the university. DeKalb’s economy is powered by distribution warehouses, including 3M, Nestle, Panduit, Target, and the city sponsors events almost year-round. One of the highlights for DeKalb is its walkability, which is a plus for students.

Illinois has a reputation for many reasons, including its storied history and unique cities. There are plenty of hidden gems with low cost of living near some of Illinois’ major cities like Chicago and East St. Louis. If you are considering a move to the Prairie State and need more information on financing, get in touch with one of our On Q Financial Mortgage Consultants. We can help you afford your dream, Illinois home.